We specialize in importing Japanese vehicles to Canada.

“William Baird, owner of JDM connection was wonderful to deal with.

I, like most people would be, was definitely apprehensive to just give some random person a bunch of money. But I really wanted a car imported and didn’t want to pay the high cost of getting something that isn’t perfect from a person who had it imported previously.

With William I was able to be as picky as I wanted and he found me my dream car!

He immediately linked me to 2 auctions within 48 hours, so I could see the cars available. They were both perfect..

Once I told some friends that I was importing a car, they immediately had all their thoughts…Oh you should use “these” guys or “those” guys or oh my buddy could get you one cheaper than that! So regrettably I contacted one of the “referred” guys a friend told me to use.

Upon talking to the guy, his response was.. Are you sure those (the Mitsubishi Legnum) even come standard.. I’ve only seen a couple and I’m pretty sure they are swapped. I linked him to an auction, his response was oh, I can’t get you that one I only deal through the dealerships directly.

So after wasting time dealing with a guy that had no clue about anything about my dream car even after I sent him links to several manual transmission Legnums.

I then emailed William again, SCREW IT, I want a Legnum and I’m going to get one!

The auction timed out…. But then came back up a day later and William notified me that I needed to act quick as I was getting a second chance. He had a guy in Japan check out the vehicle to make sure it wasn’t photo shopped and was indeed a good buy. NOW it was getting real!

The next following days I got an update of what to do next and followed his lead. Everything from him, having the guy contact me to transfer the money to pay for the car. Then he set everything else up, all the brokerage stuff and export and shipping. Once he knew the name of the boat it was going to be sailing on he gave me the name of it, I was then able to track it on marinetraffic.com

Once it got to port it was smooth sailing through customs and shipped to Edmonton ( my choice) even though we had a minor hiccup with the paperwork not getting to my address (customs mistake) I was still able to pick it up at Purolator.

I then drove to Edmonton and picked it up directly at the shipping yard, threw on my license plate and drove to spruce grove to meet this William fellow whom I had only spoke or texted with. Meet was brief but good and he gave me a JDM connection sticker. I then went to drive 5 hours home with absolutely no problems!

When I brought it to the Dealership to get it inspected for Out Of Province, the mechanic who is very strict said he had never seen a car in this good of shape even for the 5 year old cars. Seeing as this car is 17 years old we were expecting something, even anything to fail. He put the DRL module in and I got new wiper blades and it passed with flying colours!!

The paperwork was stamped and somehow I didn’t require a out of country inspection!

So easy peazy, went to the license center handed her the paperwork, she typed it all in and I’m now legally on the road!Lastly I will mention that in the end it still cost nearly $1000 less than the price quoted! He could have pocketed that extra money but instead William only charged me for what was needed keeping minimum for himself.

100% I recommend using William at JDM connection for any importing needs, he gets it done!”

“Hey there, about 4 months ago I got the keys to my dream car, a version 3 Subaru impreza wrx STI. Which I had imported through William at jdm connections. And all I can say is that I have not one single regret. JDM CONNECTIONS makes it easy and affordable to get your dream car. Unique, low kilometres and a car that one simply can’t just buy off the streets of Canada in such shape. After searching for a month on the Japanese auctions I found the car I wanted and William went to work. After a week the car was mine and on a boat. When I got the car I was amazed. After doing body work for a couple years at a professional shop I couldn’t get over how clean these cars come over. Not a flake of rust. William at Jdm connections has made it easy to import and I’d suggest him to anyone whose looking for a sick car at a great price.”

“I had reservations about importing a vehicle knowing I would only get to view pictures. William was recommended by a 3rd party as a reputable importer. I emailed William and quickly received a response. Not only did he answer all my questions, very quickly, he also assisted me in purchasing a car that was right for me and my budget (not the original car I was inquiring about, though he did say he would be able to help with that if I so chose). William is very knowledgeable and upfront with all the information regarding the process. I would highly recommend William and JDM Connection to anyone looking to import a vehicle. The process was painless and enjoyable.”

“Never thought I would bring a Toyota Supra 2jz-gte from Japan and get it cheaper than buying a Supra here. William was very friendly and patient throughout the entire process and the wait was worth it. The 1993 Toyota  Supra I got was unmolested, clean, no rust, and mostly stock except for HIDs and adjustable suspension.

I’ve always been leery about making large purchases online, especially if it wasn’t through a large company like Amazon or eBay. I remember browsing Jdmconnection.ca back in 2005, though I wasn’t ready to import at that time. A few months ago, after a distracted driver hit my old Supra, my buddy who also owns a Supra,  mentioned that he imported his Supra through William. I got into contact with William and two months later, I have a beautiful Supra sitting in the garage.

“I came across jdmconnection.ca over a year ago via a google search along with some others. I was impressed by the simplicity and upfront explanation of the import process and fees, compared to other websites. I decided to give William a try after reading the testimonials. I wanted a fuel efficient 4X4 SUV, that I could use for my business, with William’s help and guidance I decided on Honda CR-V. Just that informed decision saved me thousands of dollars that I would have ended up spending on a more expensive vehicle, and now my CR-V saves me money everyday in fuel and is extremely reliable and safe due to its realtime 4wd feature in the winter. The import, inspection and registration process was painless, and whatever small hurdles I came across, William was always ready and available to guide me and get them resolved. I have waited over one year after getting my vehicle to write this. Firstly, I got what I expected out of my transaction and some more right-away. Secondly, after-sales service is at epitome of excellence here. I have contacted Will multiple times in the past 12 months and always gotten a positive and helpful response usually within minutes to solve my query about my vehicle. I can say this honestly that my CR-V is just an added benefit, the main benefit I got out of this transaction is the acquaintance I made with William Baird. I truly feel privileged to know such an honest, dedicated, knowledgeable and caring businessman. People like Will are rare in our times. William has my trust and business for life.”

“I wanted to let you know that we got the car back safely a few days ago. From my first impression, it is amazing. It has quite a few fans already; probably one of the first (if not the first) JDM cars in my town! I have a feeling that my cute little wagon is going to surprise a lot of people.

Thank you very much for helping walk me through the process. I simply couldn’t have done it myself, and am very happy with the result.” 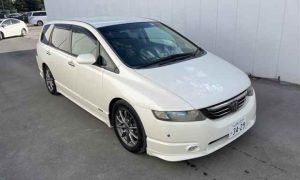 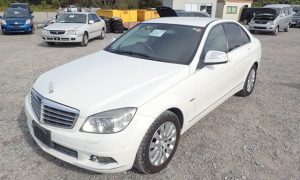 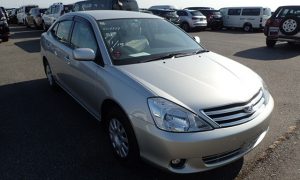 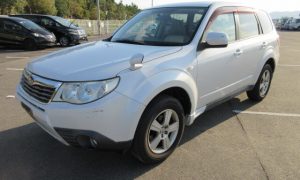 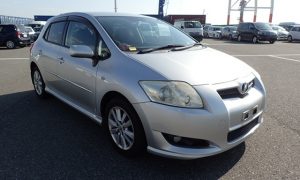